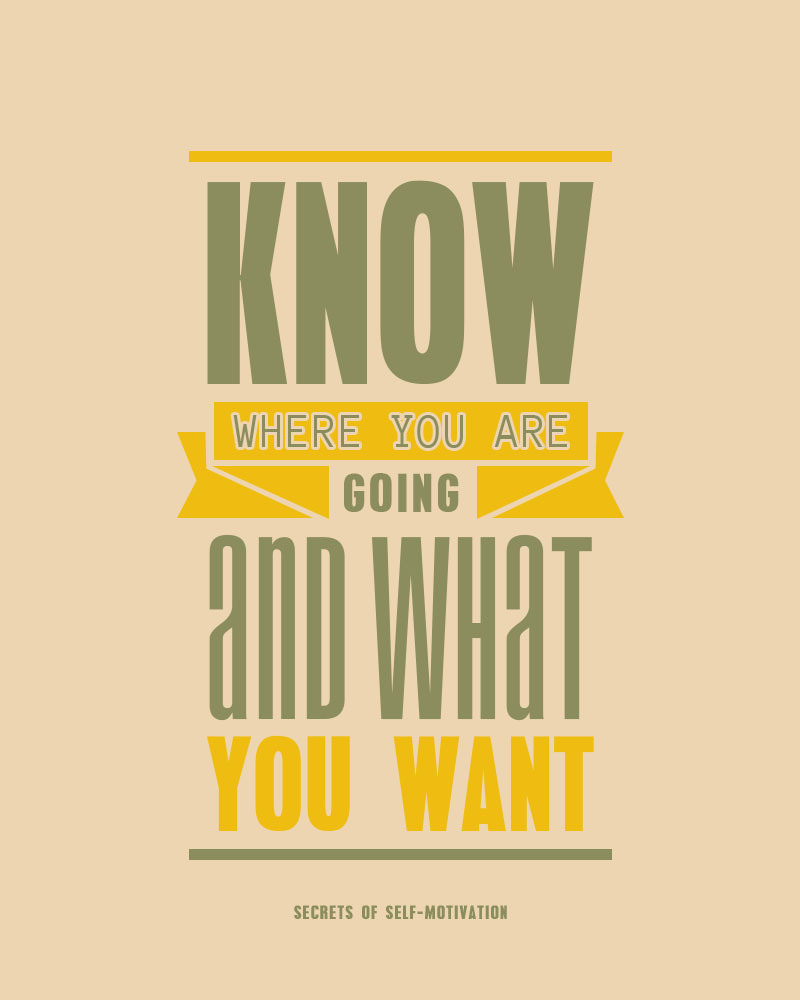 The 9-to-5 cubicle life gets old after a while. So does clocking in and clocking out. And working from home in your pajamas. The thing is: Work is work. Sometimes it gets dull, and you can’t seem to channel the inner motivation that you had when you started. The answer is not, “Quit your job,” nor is it “Give up.” In fact, there are multiple ways to motivate yourself at work – here are 6 of them.

If your mind is getting bored, you’re getting bored. You may feel like you’ve learned all that you can learn, but that couldn’t be farther from the truth. There is always a new project that you can get your hands on – you just need to seek it. Look for new ways to learn and grow in your career.

You probably started out with a lot of learning opportunities – with constant feedback from your manager and coworkers. If that feedback has petered out, rekindle it. Talk to your manager about receiving more feedback on how you can improve. Be honest – bring up the fact that you feel like your self-motivation levels are dwindling, and you don’t want to continue that trajectory.

Obstacles may arise, and you may need a back-up plan. If that’s the case, then come up with one. See? It’s not that hard! 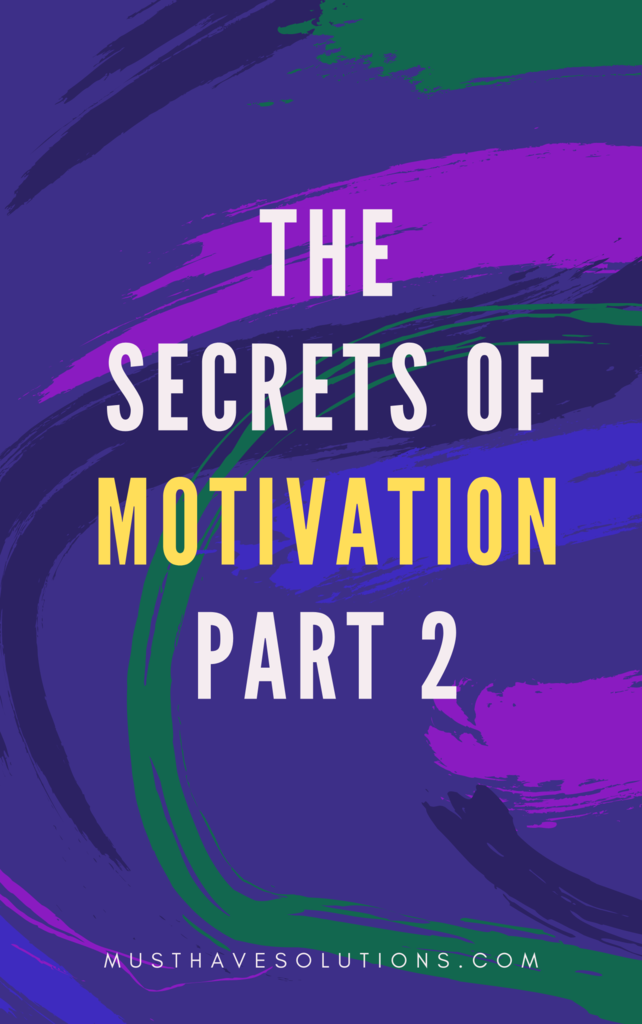 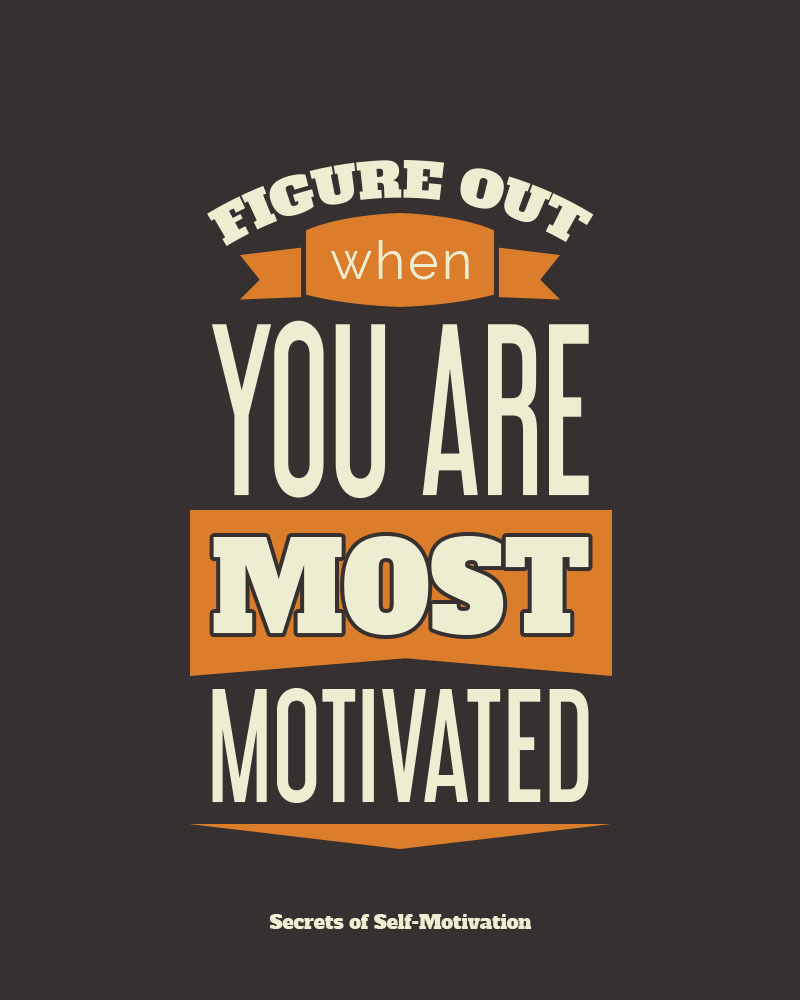 If you view it as hard work or something you utterly despise doing, you’ll hate every second of doing it. What if, instead, you look at this task as a step along the path of your big-picture goals?

You’re sewing a blanket of big dreams, and you get wrapped up in a thread of something that doesn’t matter anymore…What do you do? You take a step back and look at everything from a birds-eye view. If you’re focusing time and energy on a task that doesn’t matter anymore (even if it did at one point), you should put it on the backburner. If it matters down the road, come back around to it. 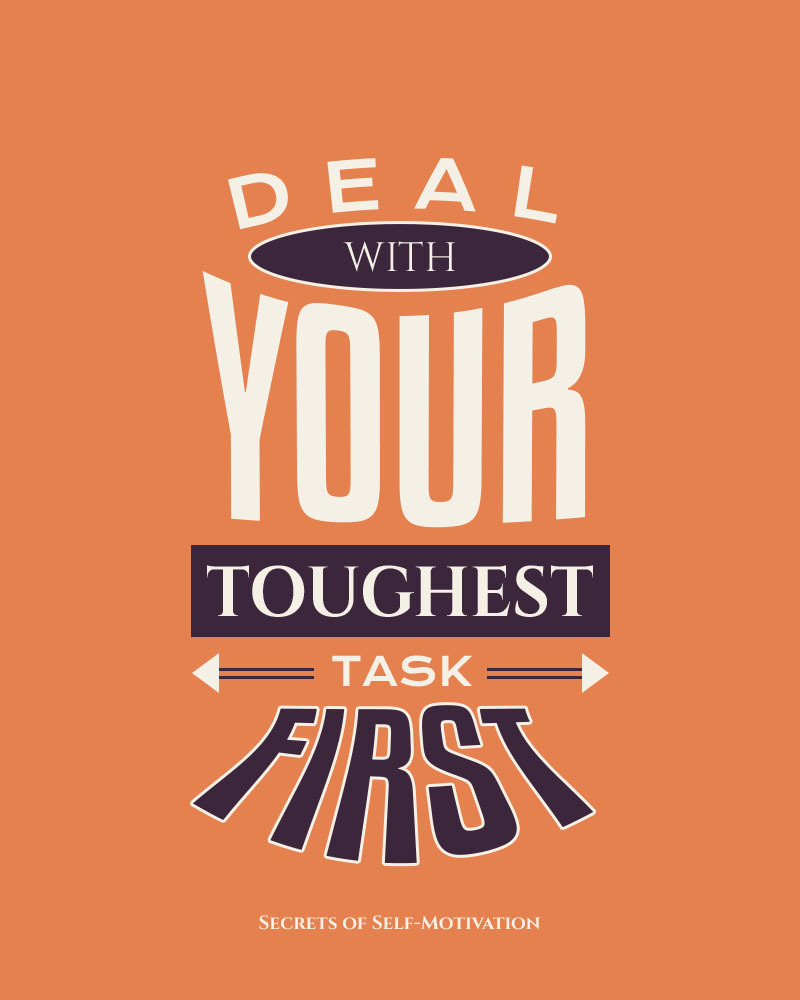 You’re missing a check, though – motivation.

None of these boxes would be checked without a healthy sense of self-motivation, so whether you realize it or not, you’re probably pretty driven. Self-motivation is so important in life – here are a few reasons why.

That voice in your head that used to say, “I think I can” is now saying “I know I can.” The more goals you set and attain for yourself, the more confident you will be regarding your capabilities.

People tend to pick their friends based on certain characteristics they have in common. Few people would like to spend time with self-deprecating people who complain and pity themselves all the time. The self-confidence you generate is contagious and can lead you to rewarding, motivational friendships.

Sure, you’ve probably reached goals set by your superior – wowed your manager at a performance review or surpassed your client’s expectations. That’s wonderful, but what about your own goals? Self-motivation is goal-setting (and reaching!) from start to finish. It means coming up with goals for yourself, setting clear parameters and metrics for success, and then reaching those goals.... 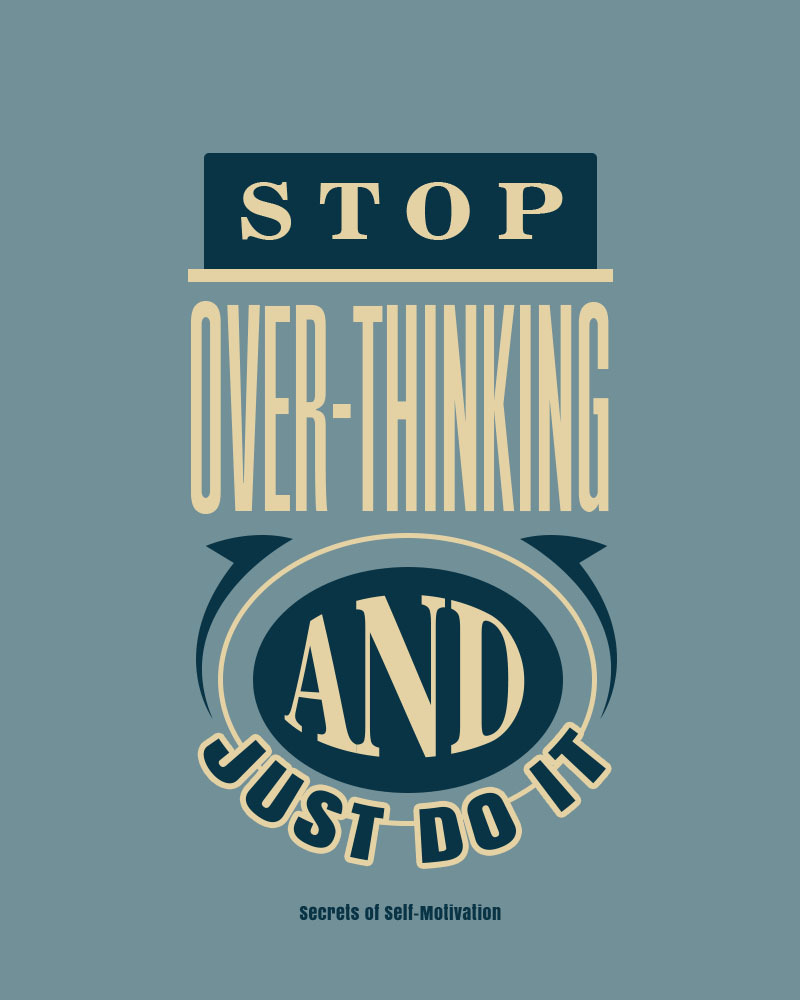 Running a marathon is a classic example of accomplishing a long-term goal. We’re not born to run 26.2 miles in a day; we train for that. All the events and moments that lead up to that marathon are steps in the process of training your body and your mind, because, believe it or not, our minds aren’t wired to conjure up that much motivation. There’s a plan for every long-term goal and a strategy in every goal-setter’s mind. In order to motivate yourself, try out these four tactics:

Take your negative situation and flip it around to something positive. When you get stuck, see it as a learning opportunity. When you have a bad day, look forward to the good day likely right around the corner. When you can’t get any work done, make note of what derailed your motivation. You get the picture. Dwelling on the negativity won’t get you anywhere.

Another cliché but so true! Hard work deserves rewards because without enjoying the fun in life, you’ll get stressed and burned out quicker than you can imagine. If you want to love your work, you need to love yourself also. Take a break when you need to or turn your computer off for the weekend. Everyone goes about this idea a different way, so make it your own and stick to it! 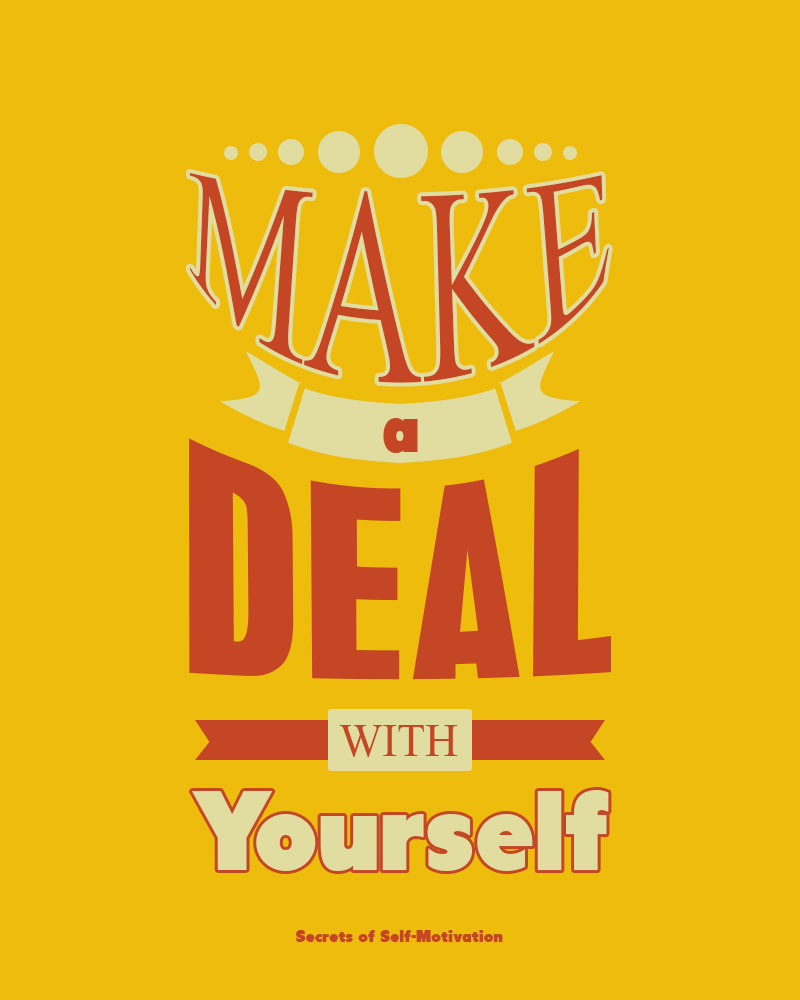 You did it! You figured out how to be self-motivated. It was no small feat, but now you’re done…right?

Not so fast. Just because you learned how to be motivated from within doesn’t mean the chase is over, and you’ve won the game.

Just as life has its ebbs and flows, people have their own ups and downs. You may have a setback (or two or three), and in that case, you have no idea how your mindset could change.

That may sound daunting, but it’s important to be realistic. If you’ve gotten this far as a self-motivated individual, you’ve likely had to be realistic with yourself in the past. It’s not game over – you’ve just started a new level, a new phase of life that you’ll have to conquer. Check out these 5 ways to keep up the self-motivation after facing a setback.

If you did the same things for your entire life and never made changes to your approaches, you probably wouldn’t make much progress. When you feel like you hit a roadblock, view it as a chance to figure out a new way around it.

Not everyone makes you feel great. Whether it’s a personality conflict or someone who brings you down, if you feel like you’re leaving a social situation with more negative feelings than positive ones, it might be a good idea to check out of it altogether. Those people definitely won’t lift you up and help you get back on your feet.... 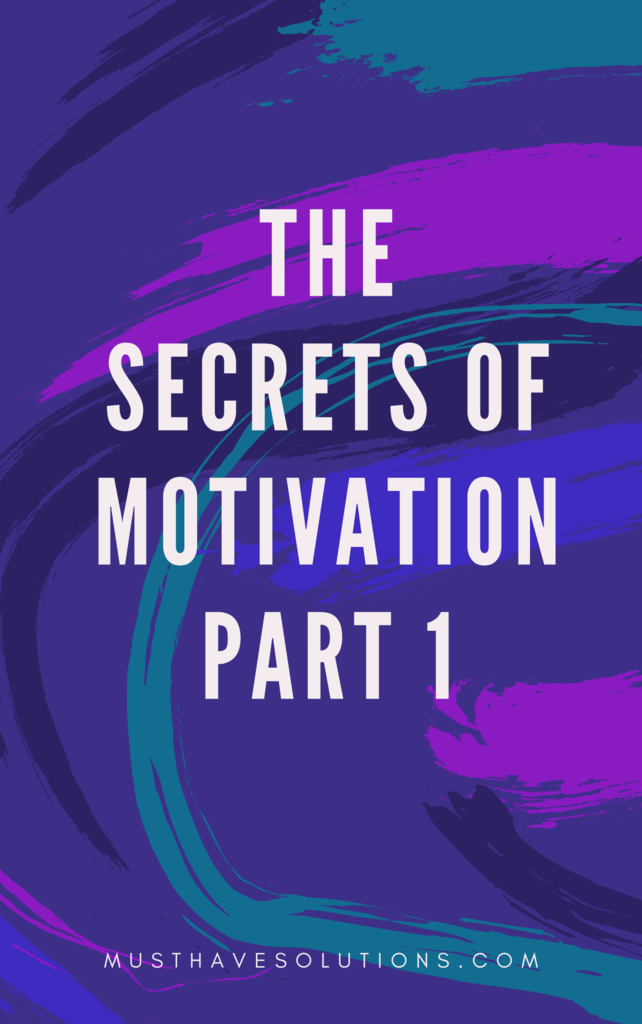 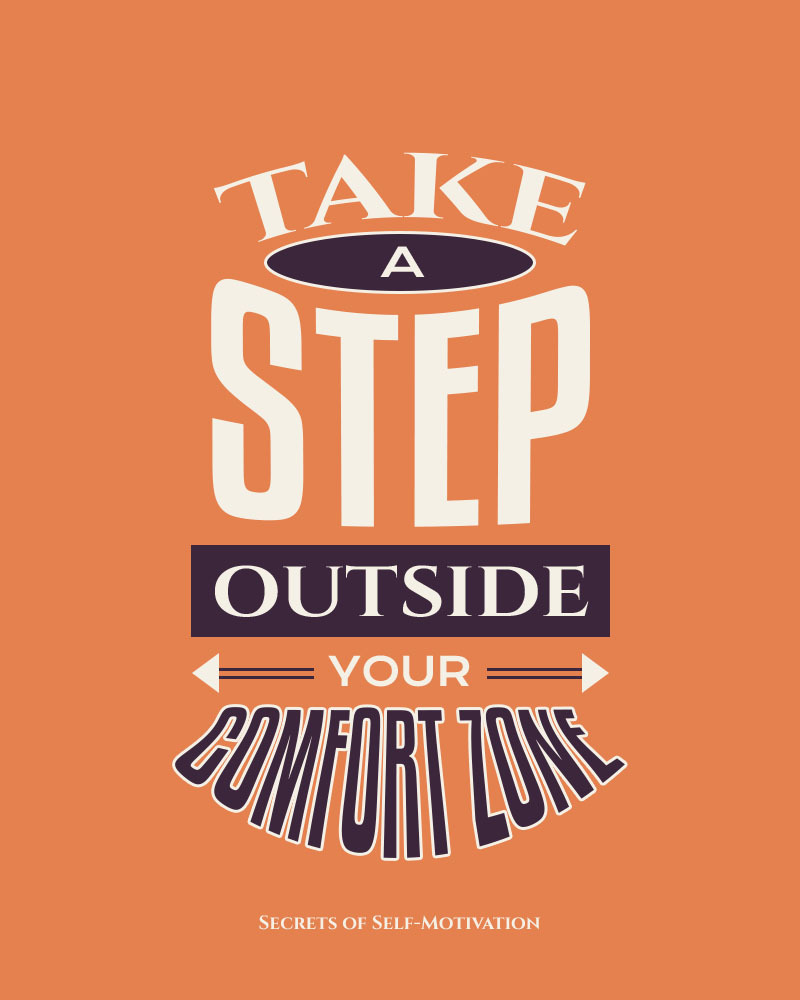 You may love what you do, but continuously having the motivation to do it is a completely different thing. When things become repetitive, or you’re having a hard time paying attention to your work, the only person who can truly motivate you is you.

Work ethic is closely tied to self-motivation; without it, you’d never be able to achieve lofty goals for yourself. Self-motivation takes practice, so here are a few tips to help you stay driven when you feel like you’re stuck on the day-to-day responsibilities.

To-do lists certainly keep people on top of their responsibilities, but sometimes it feels like you’re suffocating under an endless pile of unchecked boxes.  Every once in awhile, take some time to write down all of the things you’ve done – and keep this separate from the things you need to get done. It helps to have a visual representation of what you have accomplished thus far, and it helps you stay motivated to keep going.

Originally published in 2001, Eat That Frog is a self-help book that encourages readers to stop procrastinating and be more efficient with their time. It centers on “eating the frog” that you really don’t want to eat – in other words, doing whatever you dread the most and getting it done earlier rather than later. In the context of self-motivation, it means telling yourself to stop juggling and multi-tasking and instead, focusing on one thing to allocate your time and energy toward.....

One day, you’re full of energy – ready to take on whatever the world throws your way. The next, you feel drained, and you’re ready to give up. These ebbs and flows in motivation are normal. The good news is they are surmountable, so don’t throw in the towel just yet. Here are 5 success strategies to help you remain self-motivated.

You are not expected to perform at your maximum potential every hour of the day. Humans aren’t wired that way. Try to keep track of when you have the most energy in the day and when you’re the most inspired to work hard. You’re probably most motivated when you are communicating clearly and often, feeling extra creative, and working with purpose. Once you nail down this timeframe, use it to your advantage by taking on more work during these hours of the day.

If you don’t know which way you’re going, it will be hard to know if you ever get there. Sounds confusing, but it’s pretty simple. When you take time to set goals for yourself, you are making a promise to yourself and taking on a certain level of accountability. When you see yourself making progress towards a goal, it keeps you motivated to stay the course..... 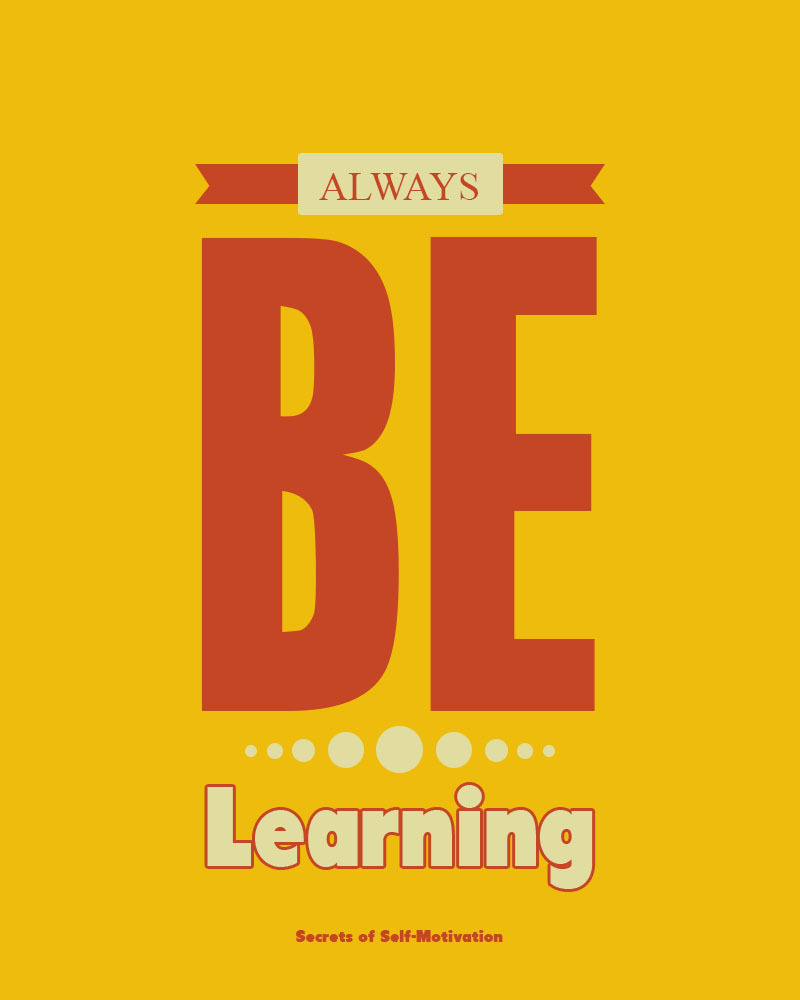 Do you ever see somebody and think, “That person is doing it right”? Well, chances are they have felt the same way about their own role models. This chain of inspiration goes on and on, passing from person to person and affording everyone the opportunity to learn and grow from others. When it comes to motivation, some people have a few tricks up their sleeves on how to stay inspired and driven in everything that they do. Without further ado, here are some bits of wisdom from some of the most self-motivated people out there.

This may sound like a dream-crushing piece of advice, but it’s a critical step in the process of achieving your goals. Be realistic when you set goals for yourself. Otherwise, you’ll feel like you can never achieve them, which will lead to much less motivation.

Yes, that means feeling like you’re being selfish sometimes. Don’t view it as a negative thing, though. Rather than calling it selfish, call it self-care. If we only focus on other people’s needs and goals, we can quickly lose motivation to achieve our own, often due to exhaustion. You deserve to follow your big dreams too. But you can only keep the motivation to reach them when you are taking good care of yourself..... 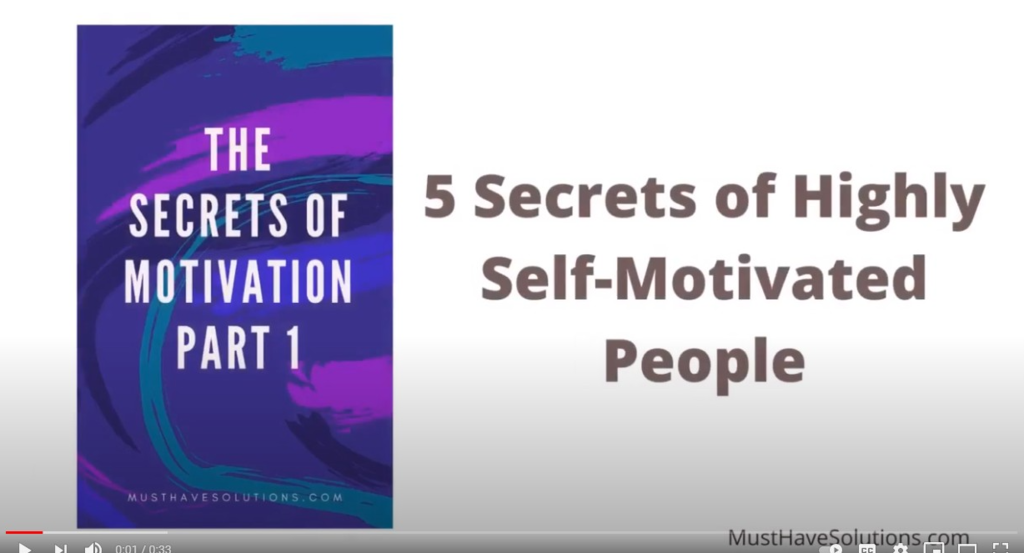 Have a Contingency Plan

If you feel like you’re making great progress and then an external factor completely out of your control swoops in and changes your plans, you may lose the incentive to keep going – all at once. Don’t let this happen! Studies show that people who plan for obstacles are more inclined to stick to their goals. In other words, don’t let anything rain on your parade—it’s your parade, so you can manage the storms.

There’s a reason for your motives in the first place. They didn’t appear out of thin air. Some people go through the motions without remembering that there is a meaning and a purpose to your goals and responsibilities. For example, if you are trying to write every day because you want to be a better communicator, keep this in mind when you’re struggling with grammar. It’s an intrinsic motivator that will help you reach internally to pull out all the inspiration that you first started with.

Even when you love what you’re doing, there will be times when your motivation drops. When that happens, it’s time to change things up a bit. It doesn’t need to be a huge change, like quitting your job. It can be simple changes, like rearranging your office, modifying your schedule, or engaging with new people at lunch. The expression, “A change is as good as a rest,” is indeed true!