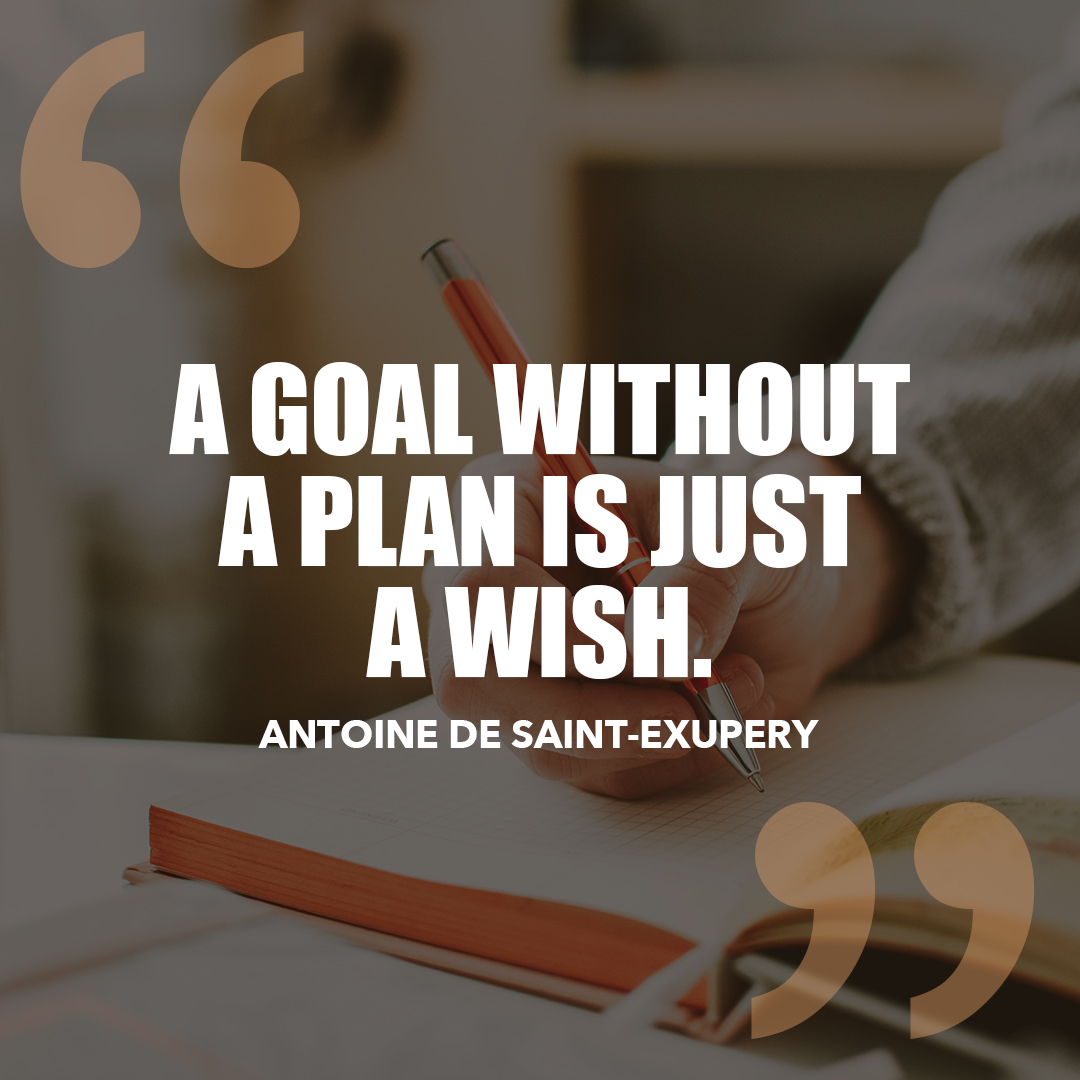 The idea of becoming a solopreneur has grown in leaps and bounds. Many people enjoy the idea of working for themselves while running a business that is manageable that they can set the hours and do the work on their own. If you are looking to become a solopreneur, take a look at these top secrets to see success!

There are a lot of business owners who want to aim big and make their business as large as possible. This may seem like a great idea, but then you are an entrepreneur instead. If you like the idea of being a solopreneur and just want to make enough to support yourself without the hassle of a big business, then your goal is to aim small and let the rest take care of itself. This can take a lot of pressure off and makes running your business easier.

Many solopreneurs feel like they need to do more selling to get anyone to take a look at them. They want to be heard above the crowd and get all of the sales possible. While it is noble to be so motivated to a goal, that is not how this is going to work. Overselling is going to annoy the customer and they may put you on mute in places like social media. Be more personable, meet the needs of potential customers, and find new ways to show your product, without the selling, and see how much that will make a difference.

If you are not passionate about your business, then you are going to get really tired of it quickly. Solopreneurs often are in charge of every aspect of the business. you will spend a lot of time around the product or service that you plan to offer as the business idea and it will be hard to stick with it some days when you are tired or frustrated. The good news is, if it is your passion, you will have a lot more good days than bad, and you can continue to turn this into a good profit. While you are at it, make sure to have a good accounting software or accountant by your side to help you continue making profits.

Becoming a solopreneur is a great way to start your own business while keeping it manageable enough to really enjoy. With the easy tips above, you can do this with no problems! 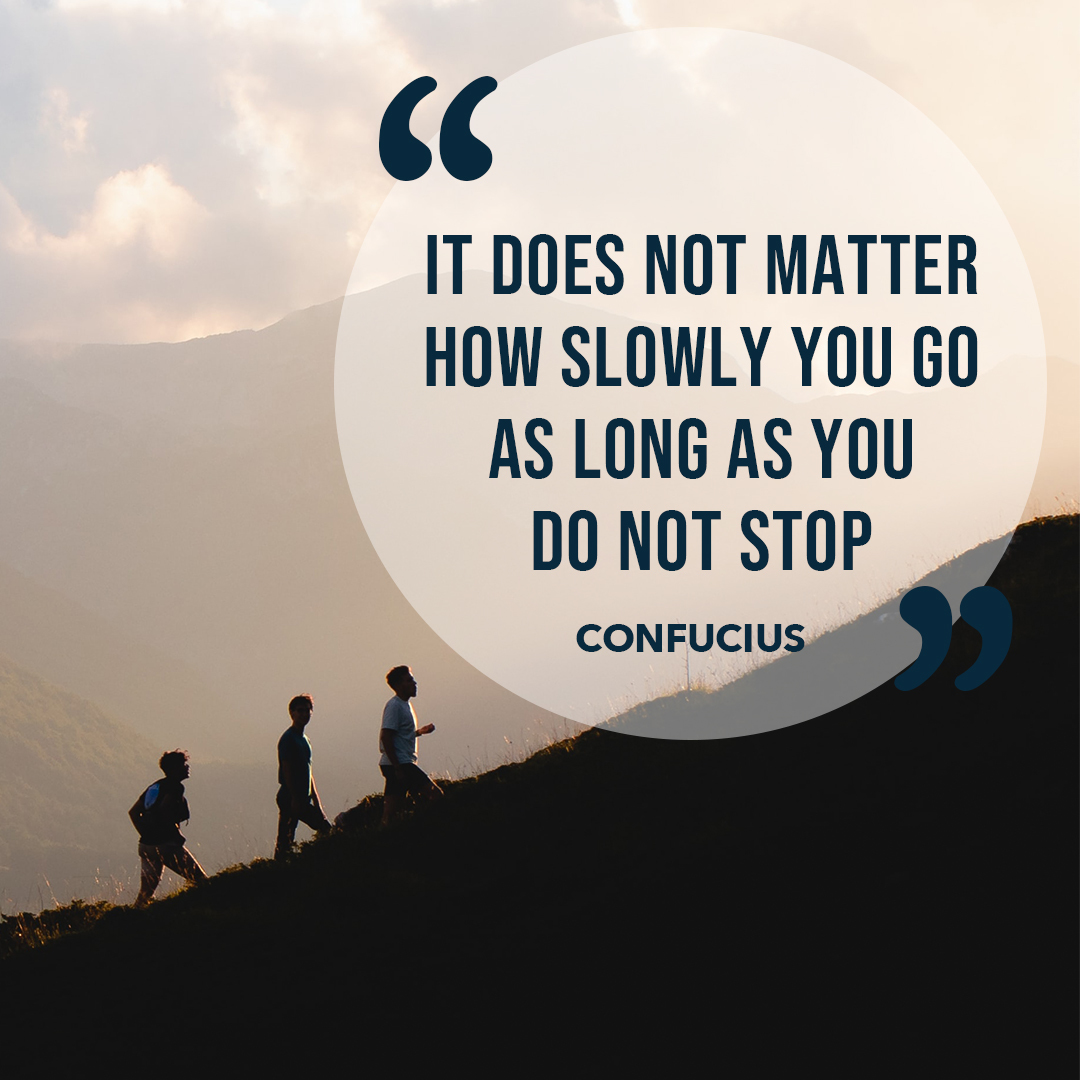 The idea of becoming a solopreneur has really taken off. There are many people who are enticed by the freedom and the flexibility that comes with starting a business that they run and manage each day. They can get all of the benefits of being their own boss without having to hire others and worry about payroll and other headaches. Some of the top reasons why you should become a solopreneur today include:

To Control Your Schedule

One of the best things about being a solopreneur is that you get to control your own schedule. There is no boss to report to each day so the hours you work do not matter. You need to stick with the deadlines that you agree upon with your clients, but you will know about those upfront and can negotiate them. If you need an afternoon off for an appointment or want to take a vacation, or even if you know you work better late at night, you can make those decisions and tailor your schedule to fit that.

Many employees find that they are limited on how much they can earn. The human resources at the company may put a cap on it or they are not able to get a raise because of budget concerns and other issues. When you become a solopreneur, you get to choose how much you are worth. If you want a raise, you can take on more clients or change your rates. And you do not need to ask anyone for permission to do that.

Choose Who You Work With

How many times at work have you been stuck with a client or boss who does not share your visions or who seems to belittle you all the time. This can be a challenge but you keep going through it because you want that paycheck. When you become a solopreneur, you no longer have to feel stuck. You can choose which clients to work with. And you no longer have annoying or bad employees or a boss to report to at the end of the day. 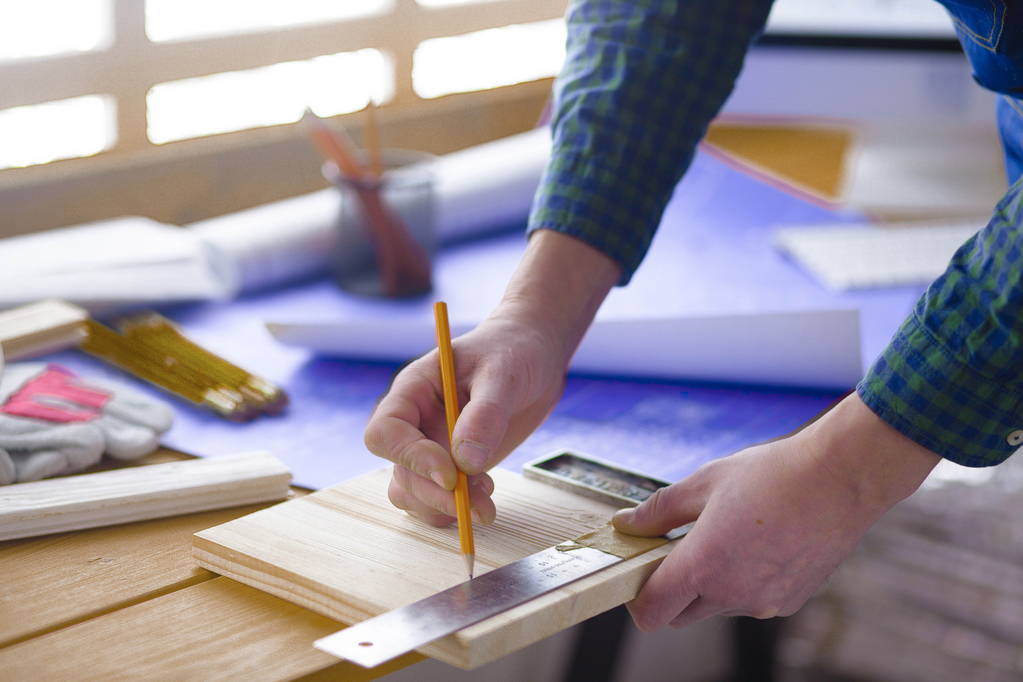 A solopreneur is an individual who decides to start and run their own business. they can often do this from home without having to hire a lot of employees or worry about the added expenses. There are a lot of benefits to becoming a solopreneur, even compared to working as an entrepreneur and some of these benefits include:

You Are In Control

A solopreneur gets to be in control over the business. They can set their prices, they can set their hours, and they can choose the type of work that they want to do. This is control that most employees do not get to enjoy when they are at a regular job. This freedom is what entices a lot of people to look at becoming a solopreneur to gain more freedom over their money and their lives.

You Get to Make the Decisions

One of the best things about being a solopreneur is that you are the only one in charge of that business. This means you get to make all of the big decisions. If you are bad at making decisions, then this kind of business arrangement may not be the best one for you. But for those who do not want to answer to someone else, being a solopreneur may be a great option.

You Get to Keep the Profits

Solopreneurs often do not have the same costs as other businesses. They can do the work from their home so they will not have to pay for office rent. And without employees by their side to do the work, there are no salaries and benefits to pay and no payroll taxes either. This means more of the profits go to your pockets.

While most of the work in a solopreneur business is done by the individual, if there are a few things that come up that you aren’t knowledgeable about or that you do not have time for because life gets in the way, it is possible to outsource. Freelancers are great for helping with some projects or hire an accountant to help during tax season.

These are just some of the benefits that you can enjoy when it comes to being a solopreneur. With the right mindset and a great idea and time management on your side, you can become your own boss and enjoy all the benefits of a solopreneur. 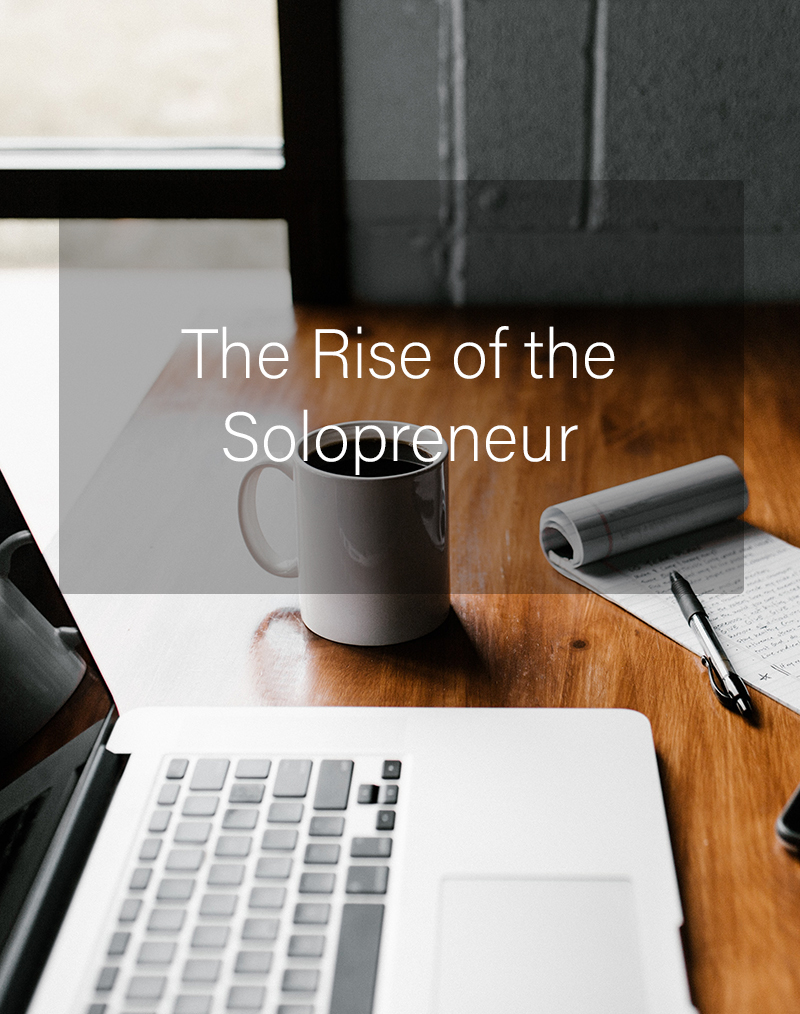 If you enjoy working independently, then you might be the perfect fit for a solopreneur. Many solopreneurs enjoy working alone and do not want to have a boss to report to. You may even already have some ideas in the works for your business.

Are you not sure what a solopreneur does? Many people confuse this title with “entrepreneur”- while they have many similarities, they do also have some essential differences that you will want to be aware of.

What is a solopreneur?
A solopreneur is an individual who runs their own business. They do not require any co-founders to start up and do not have any W-2 employees. The solopreneur is comfortable running all of their business tasks and projects themselves. This requires that they have many skills on a broad range of topics.

A solopreneur may outsource some of their work to contractors or freelancers. However, they do not need a W-2 from you. This allows you to still work with professionals to help build your brand, while not having any employees.

A solopreneur can fall into many different industries. The following are some examples of a solopreneur:

It is expected that independent workers receive more career opportunities within the coming years. Plus, records indicate that a majority of solopreneurs feel more comfortable working on their own and prefer it over traditional jobs. Many also feel less stressed with their work and believe it is much better for their mental health.... 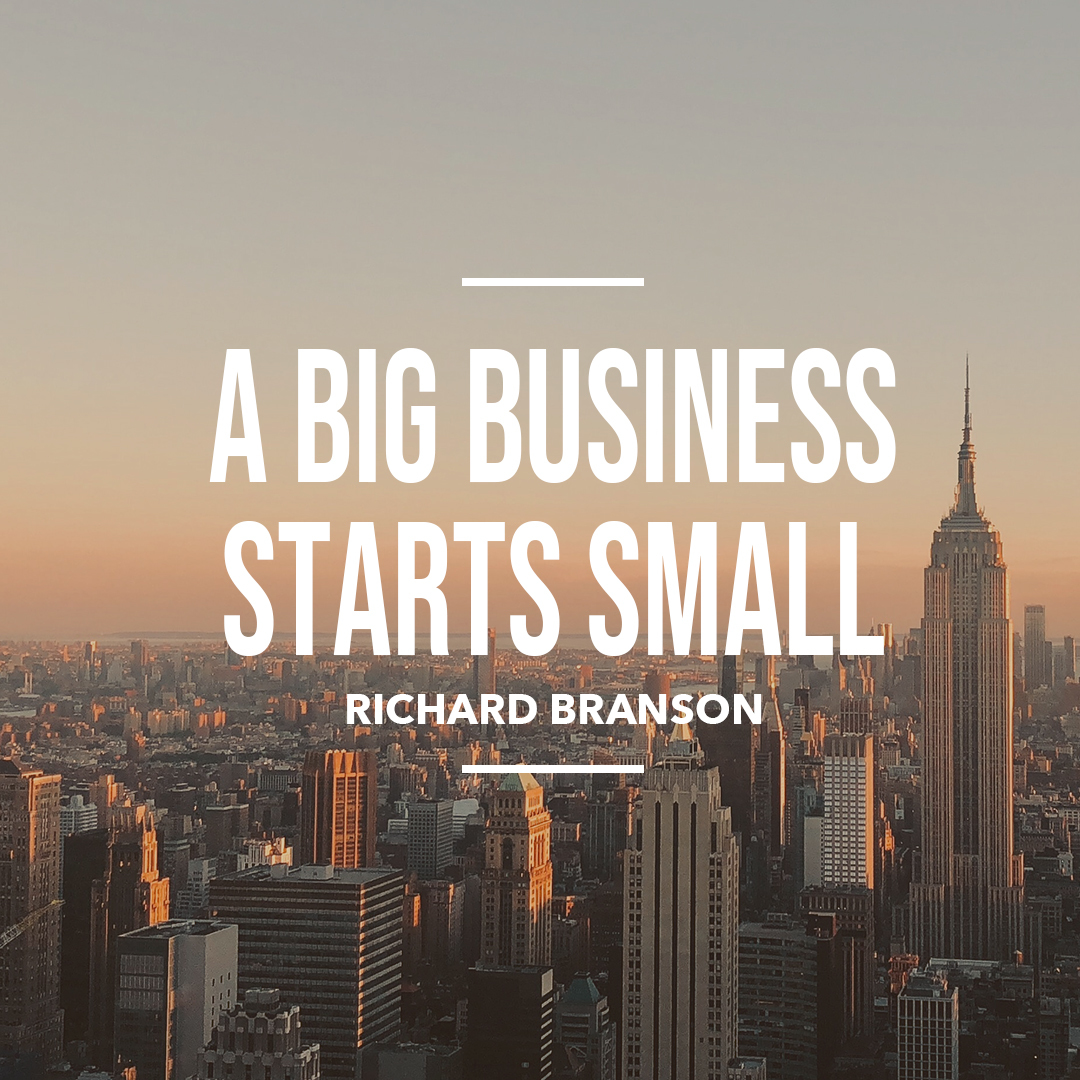 Ready to kick the 9 to 5 to the curb and start working for yourself? Have the drive and motivation to do some really big things in life, and ready to see how it can go for you? Then becoming a solopreneur may be right up your alley.

What is a Solopreneur?

A solopreneur is simply anyone who sets up and runs a business on their own. Freelancers are often seen as solopreneurs as are those who start any other type of business without the help of someone else. You may have a few people who work for you, but you take on all the risks of running the business yourself, without a partner or outside help in that way.

How is a Solopreneur Different from an Entrepreneur?

These are very similar types of individuals. All solopreneurs are considered entrepreneurs, though it does not go the other way around. A solopreneur is going to do it all, while an entrepreneur is more likely to manage others and delegate.

An entrepreneur may start a business, but they have a whole team that helps to get the work done with them, including marketing, accounting, and more. Solopreneurs are often on their own. They will handle all the little parts of their business. They may perhaps have an accountant to help out during tax time, but this person would not be an employee of the business.

The Life of a Solopreneur

Most solopreneurs are not looking to build up a whole empire. They want to work for themselves and they would like to make a good paycheck, but they want their business to still be manageable enough that they can make the majority of the decisions on their own. This does limit how much the solopreneur is able to take on.

For example, the solopreneur only has so many hours in the day. This forces them to pick the right tools so they can be as efficient as possible. The solopreneur does not need to worry about employees and payroll and benefits either though, which can take out some of the stress of their day to day lives.

When you are looking for a way to start your own business, but you want it to be manageable and personal, rather than a big empire that needs a ton of work and people to keep it going, then becoming a solopreneur may be the right choice for you.